Throughout the 1980’s and early 90’s, the received economic wisdom was, with considerable justification, that two-year calving was not only possible, but economically highly desirable, in order to reduce the expensive rearing period and thus increase overall economic efficiency of the herd. This was further re-enforced by the improvements in the milk yields achieved by those first-calf heifers over the same period, as illustrated in charts [2] and [3]. In the mid-80’s peak yields were being achieved by animals calving in the 32 to 35 month period, coinciding with the second peak of calvings seen at the same time. By the mid-late 90’s, heifers calving between 24 to 30 months were achieving yields much more comparable to the later calvers, thus reducing the yield penalty seen previously in the earlier calvers. 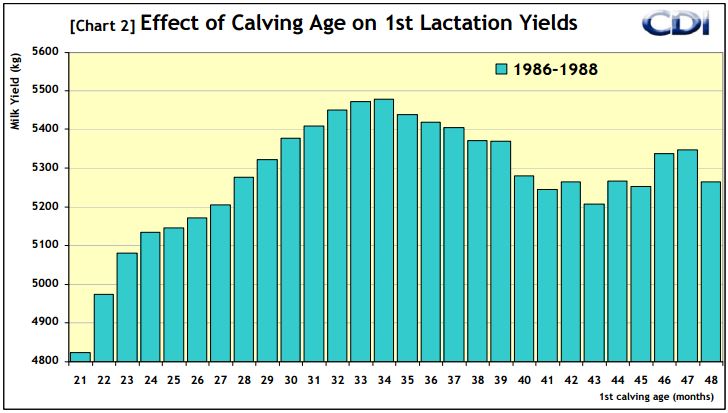 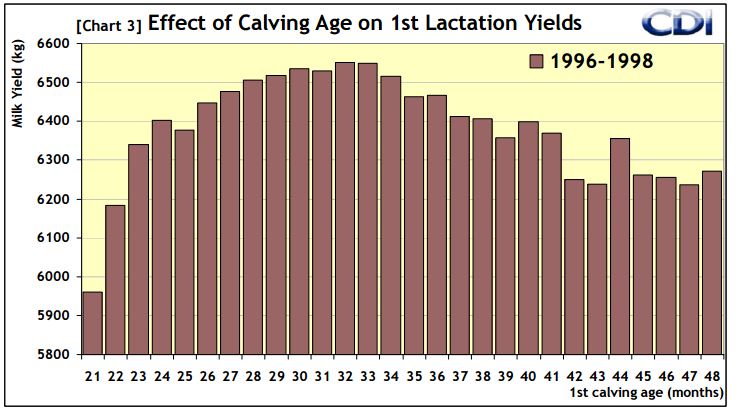