Responding to these economic pressures, by 1996-98 the calving pattern had changed dramatically. The three-year calving peak had all but disappeared, leaving a much more pronounced peak in the 24 to 26 month age range. That period encompassed almost one third of the overall heifer population in a single peak. Reflecting that not all animals achieved two-years, the median had reduced to 27 months old, by which point half the total had calved. While the mean had remained closer to 29 months, influenced by the relatively small number of much later calving animals. 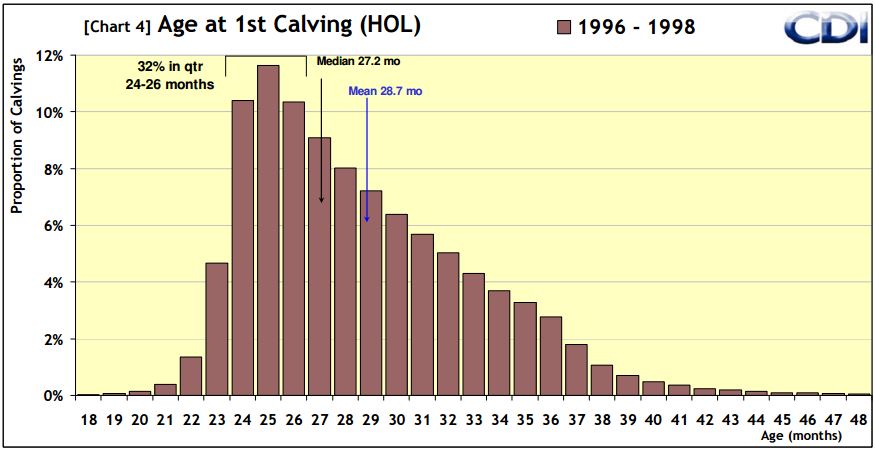